Biggest attraction of the region is the throne of the gods on the 2150-meter high Mount Nemrut. The three huge terraces with statues of Greek and Persian gods and ruler of the world are breathtaking sights, especially at sunrise. Sanliurfa, with its beehive-like mud-walled houses of clay in Harran, is considered as one of the most visited places in the region. An archaeological wonder is the sanctuary of Gobeklitepe, which is currently the oldest known temple in the world. Diyarbakir, the ancient Mesopotamian city located on the Tigris with its 1.5 million inhabitants is today’s biggest city in the Southeast Anatolia and impresses the visitors with the giant black basalt city walls. In Tur Abdin, the region around Mardin and Midyat, the Syrian Orthodox Christians left behind numerous monasteries and churches. Hot summers and rainy winters characterise the tourism of the region. 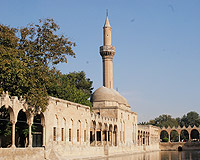 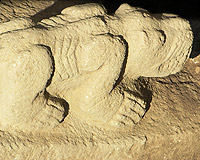 About 15 kilometres northeast of Sanliurfa lies Göbeklitepe, a sanctuary that built about 11,500 years before, which is currently the oldest known temple in the world. 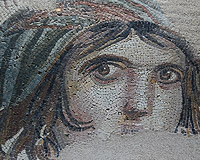 Zeugma is the second largest mosaic museum in the world. The oldest and most beautiful mosaics are from the Hellenistic and Roman periods.